A unique Irish golfing experience, Woodbrook represents a challenge to be met weekly or just occasionally, but always enjoyably.
;

Over the years, many thousands of men, women and youngsters have enjoyed what Woodbrook Golf Club has to offer, and today a membership, which is more than double the original figure, continues to enjoy these facilities. 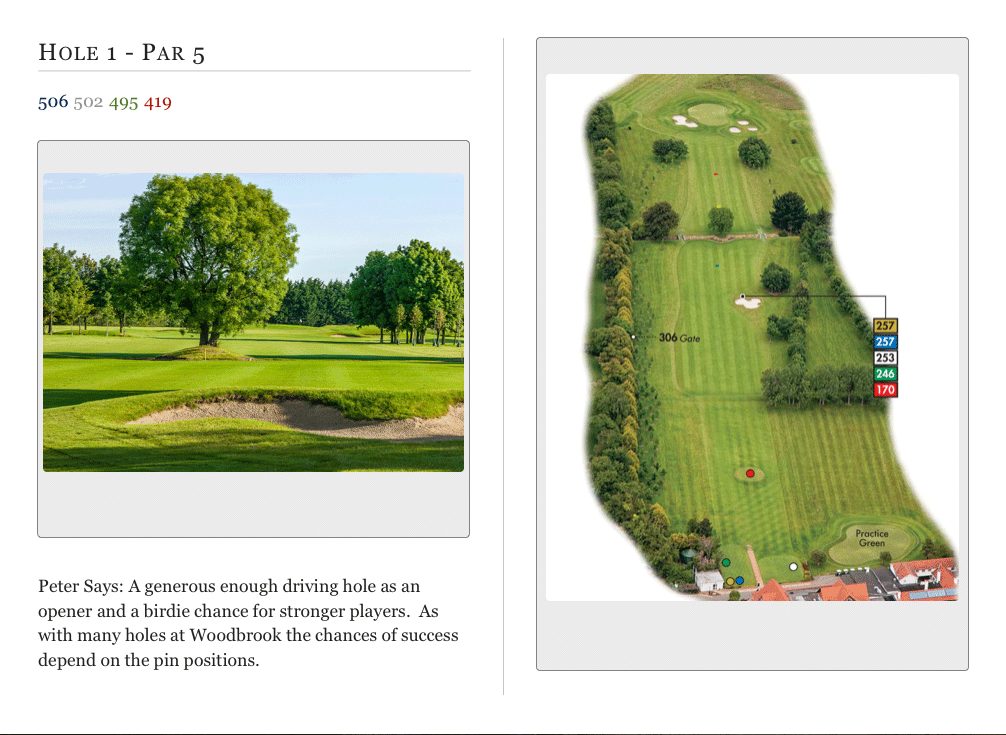 A generous enough driving hole as an opener and a birdie chance for stronger players. As with many holes at Woodbrook the chances of success depend on the pin positions. 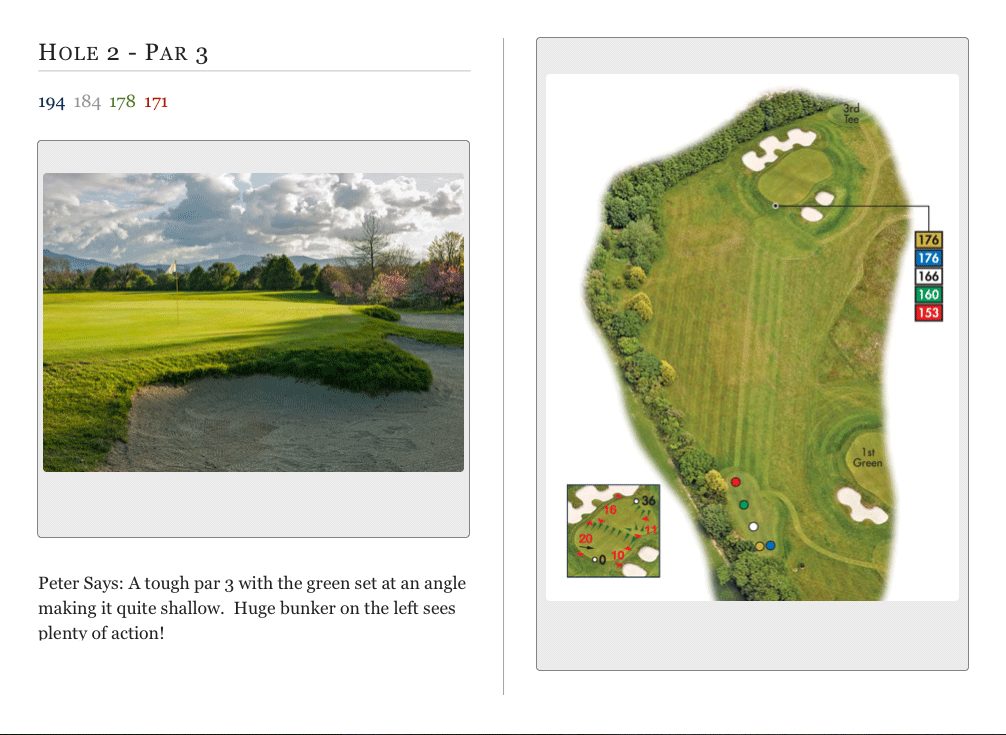 A tough par 3 with the green set at an angle making it quite shallow. Huge bunker on the left sees plenty of action! 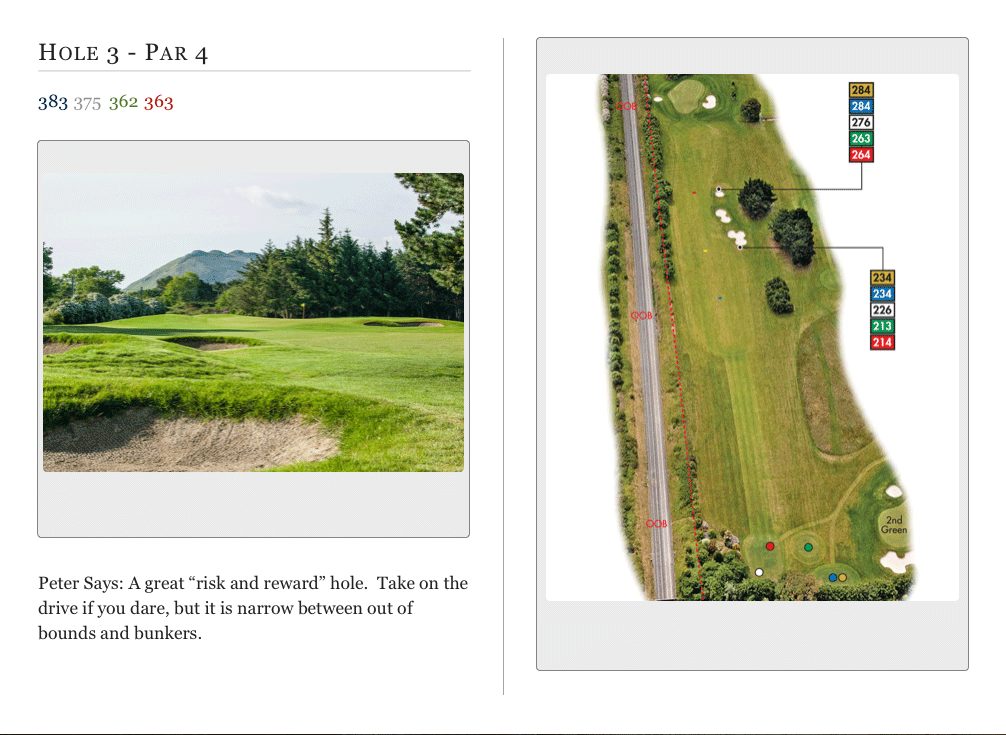 A great “risk and reward” hole. Take on the drive if you dare, but it is narrow between out of bounds and bunkers. 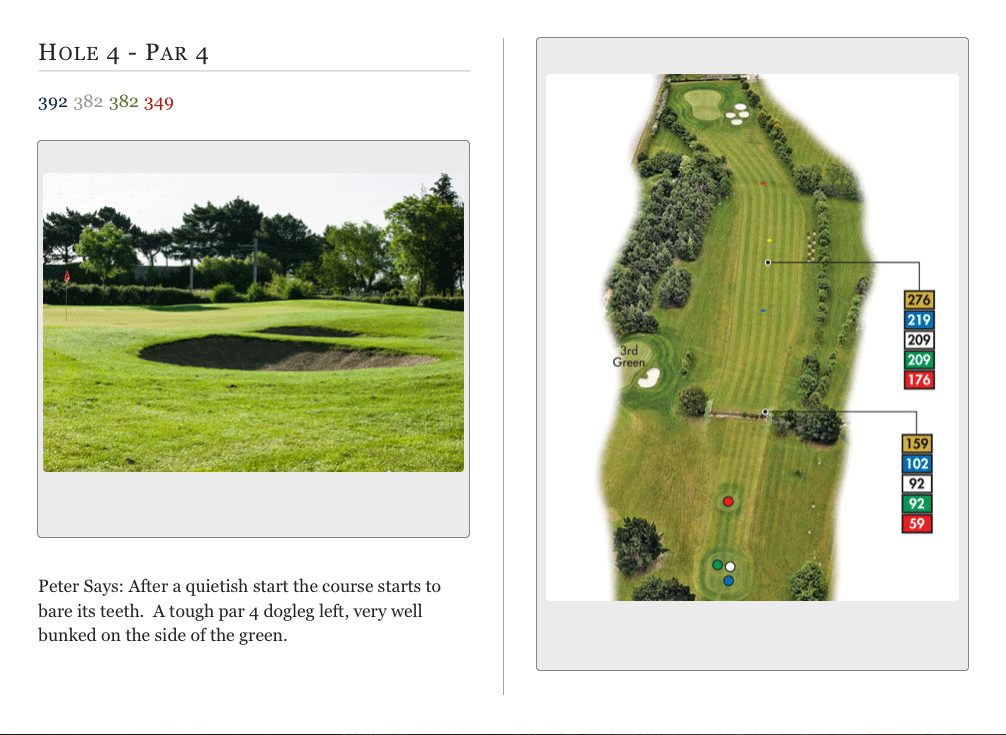 After a quietish start the course starts to bare its teeth. A tough par 4 dogleg left, very well bunked on the side of the green. 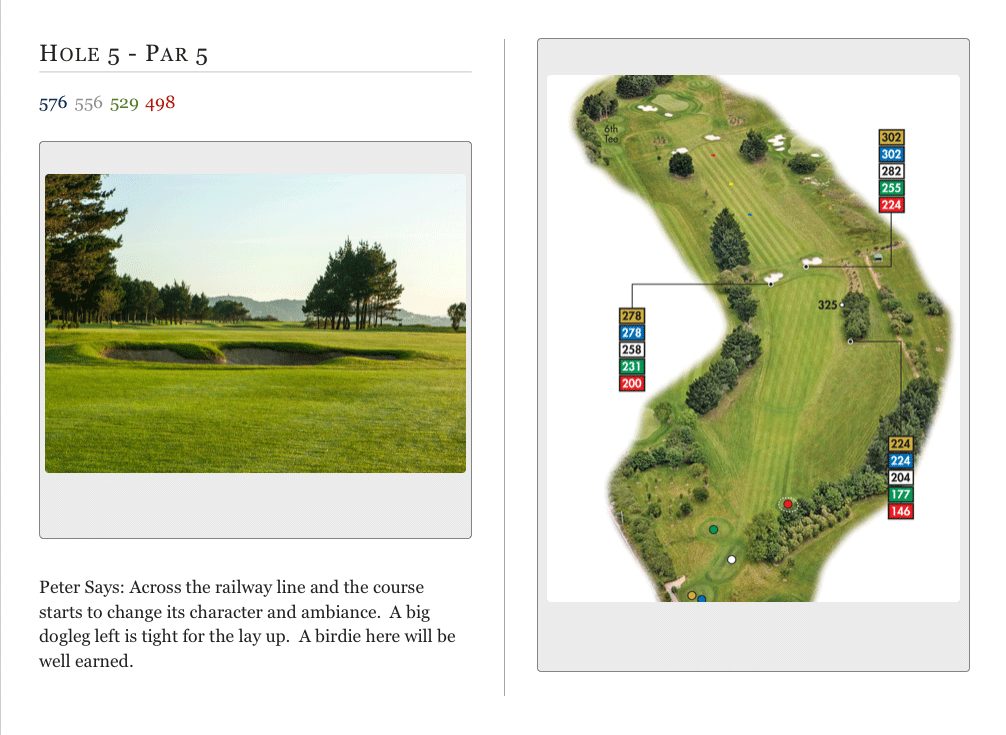 Across the railway line the course starts to change its character and ambiance. A big dogleg left is tight for the lay up. A birdie here will be well earned 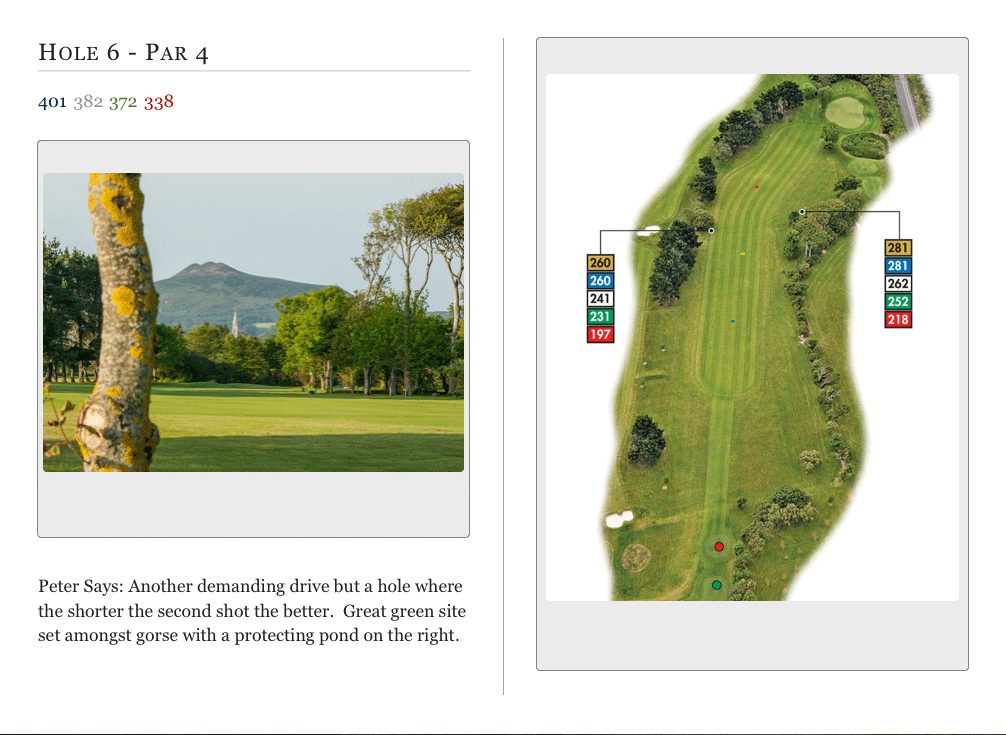 Another demanding drive but a hole where the shorter the second shot the better. Great green site set amongst gorse with a protecting pond on the right. 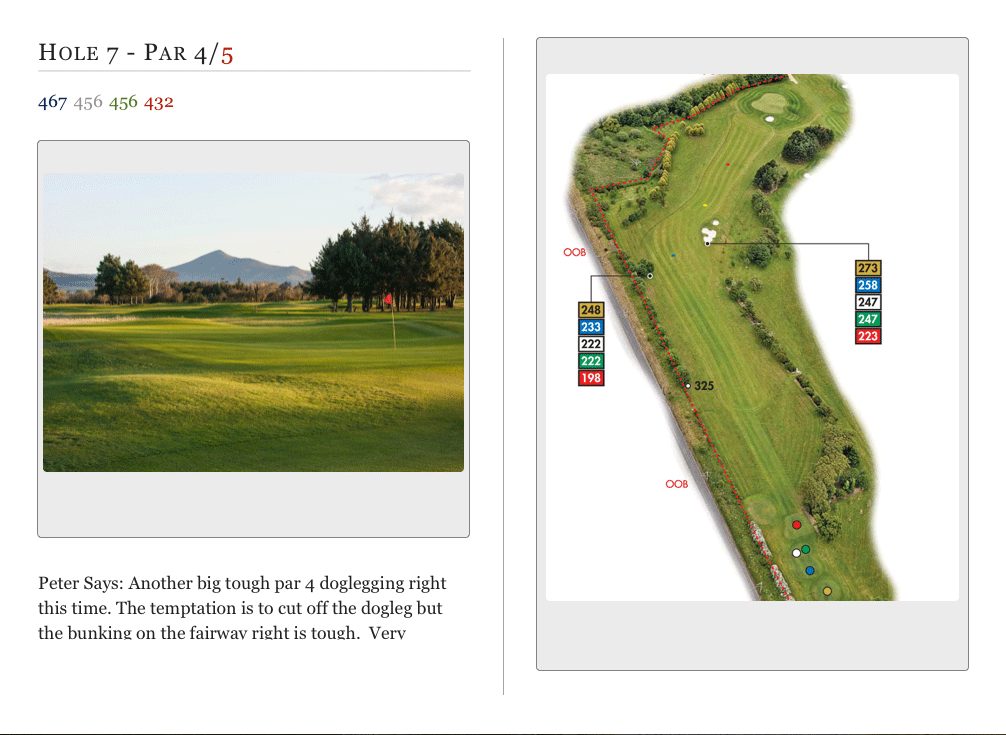 Another big tough par 4 doglegging right this time. The temptation is to cut off the dogleg but the bunking on the fairway right is tough. Very challenging green.

The newly restored bunking on the right makes the hole. The impression from the tee is of cross bunking but there is more room than you think. 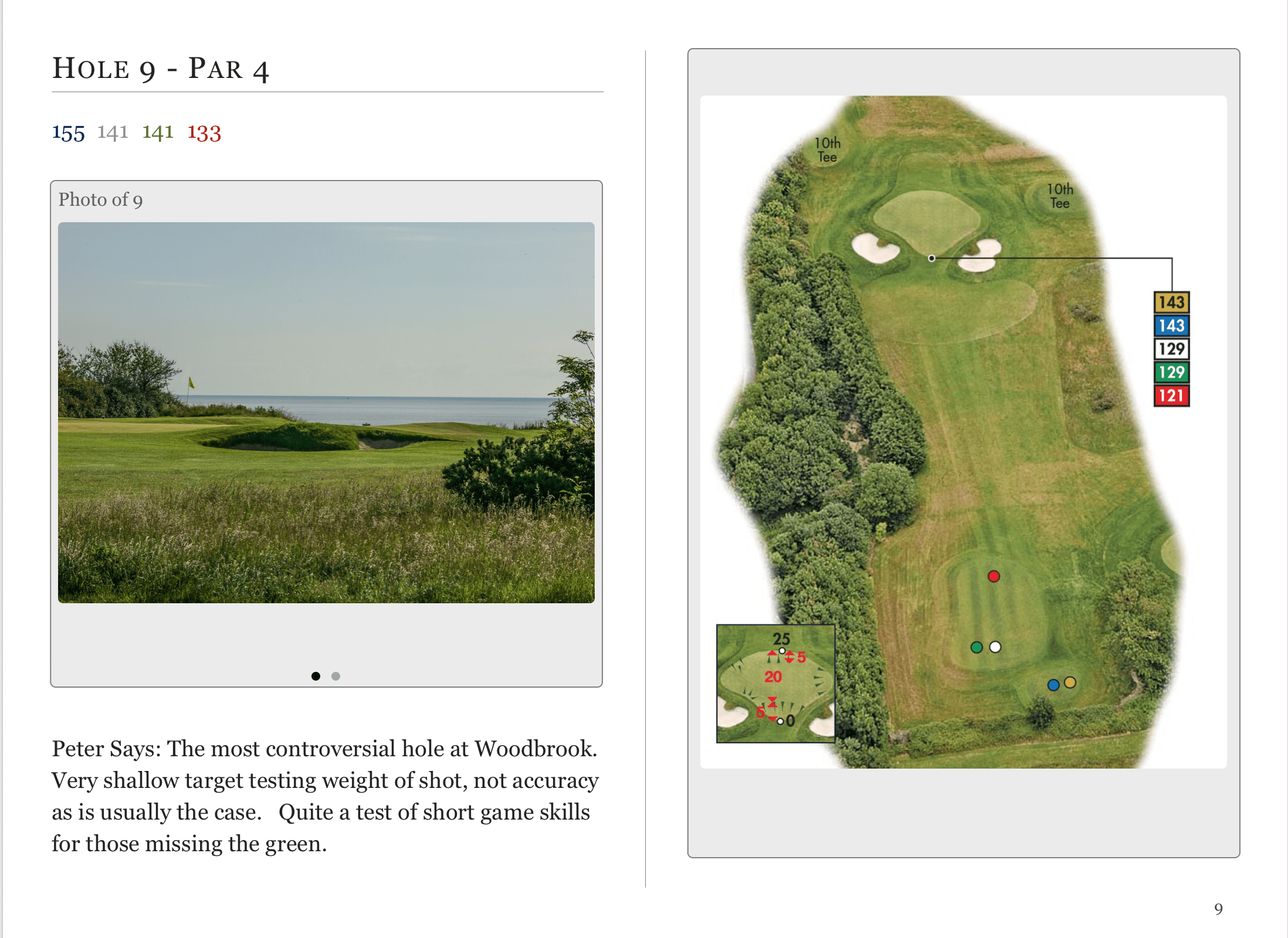 The most controversial hole at Woodbrook. Very shallow target testing weight of shot, not accuracy as is usually the case. Quite a test of short game skills for those missing the green.

Hole by Hole Guide – Back 9 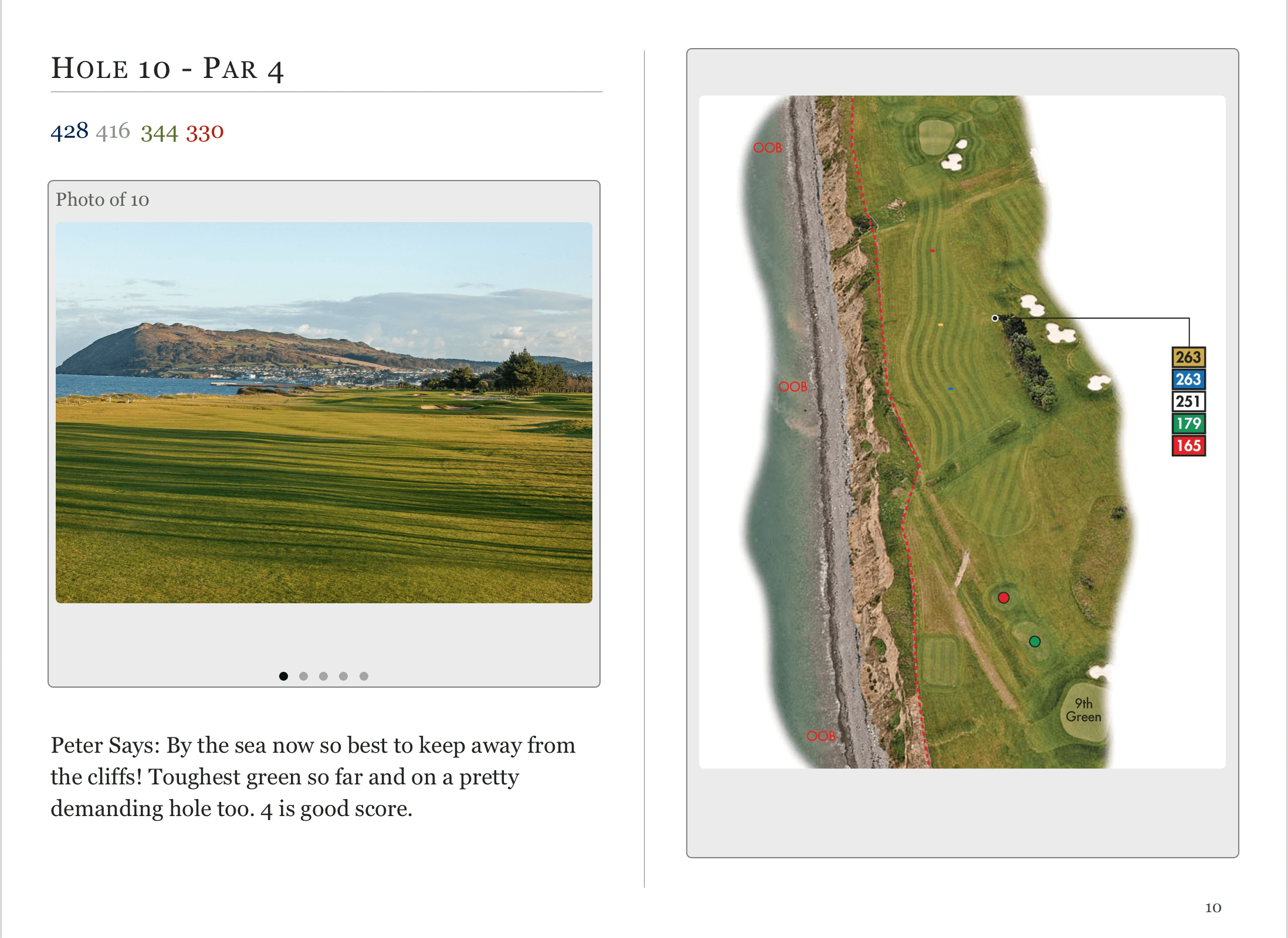 By the sea now so best to keep away from the cliffs! Toughest green so far and on a pretty demanding hole too. 4 is a good score. 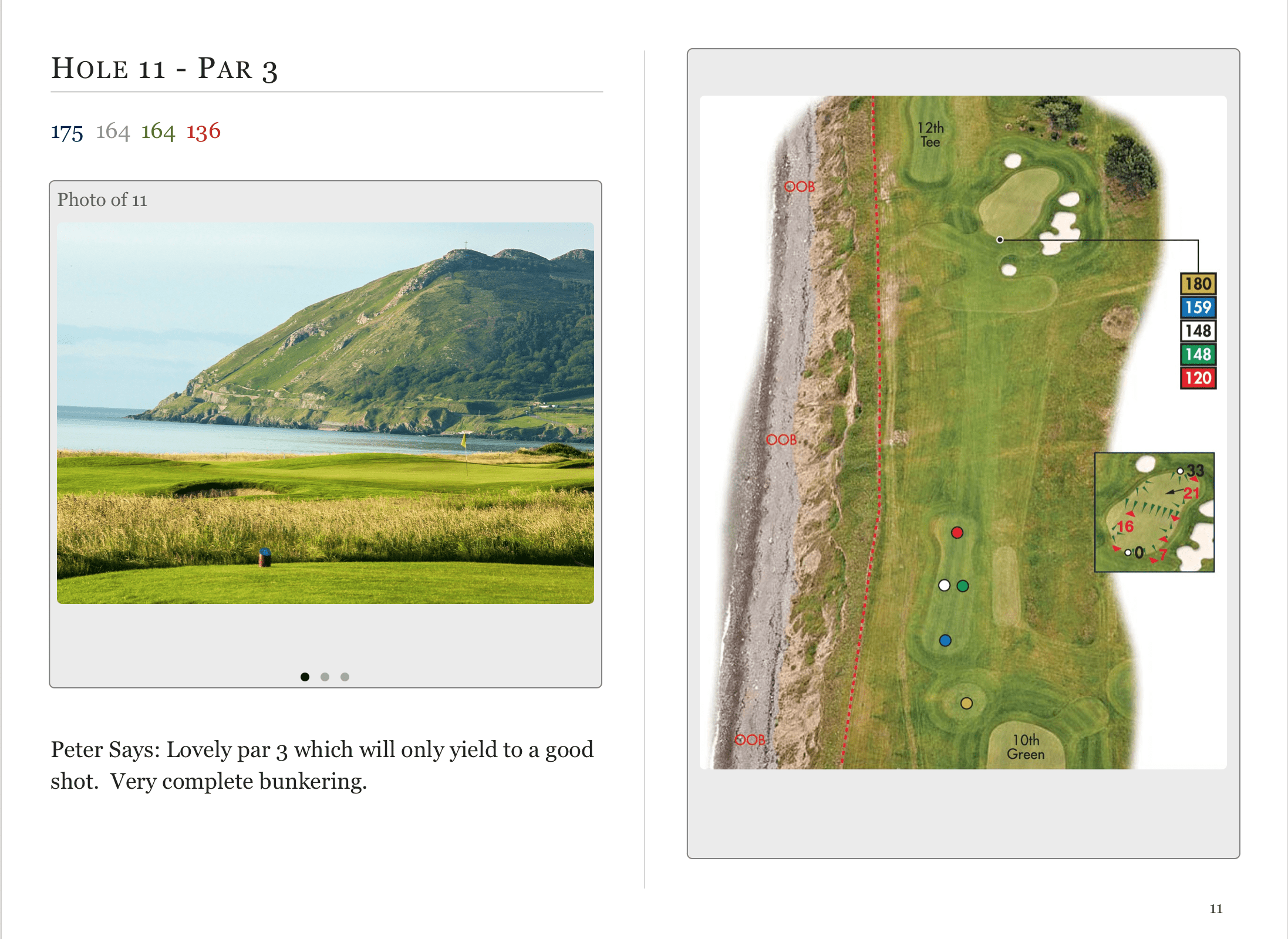 Lovely par 3 which will only yield to a good shot. Very complete bunkering. 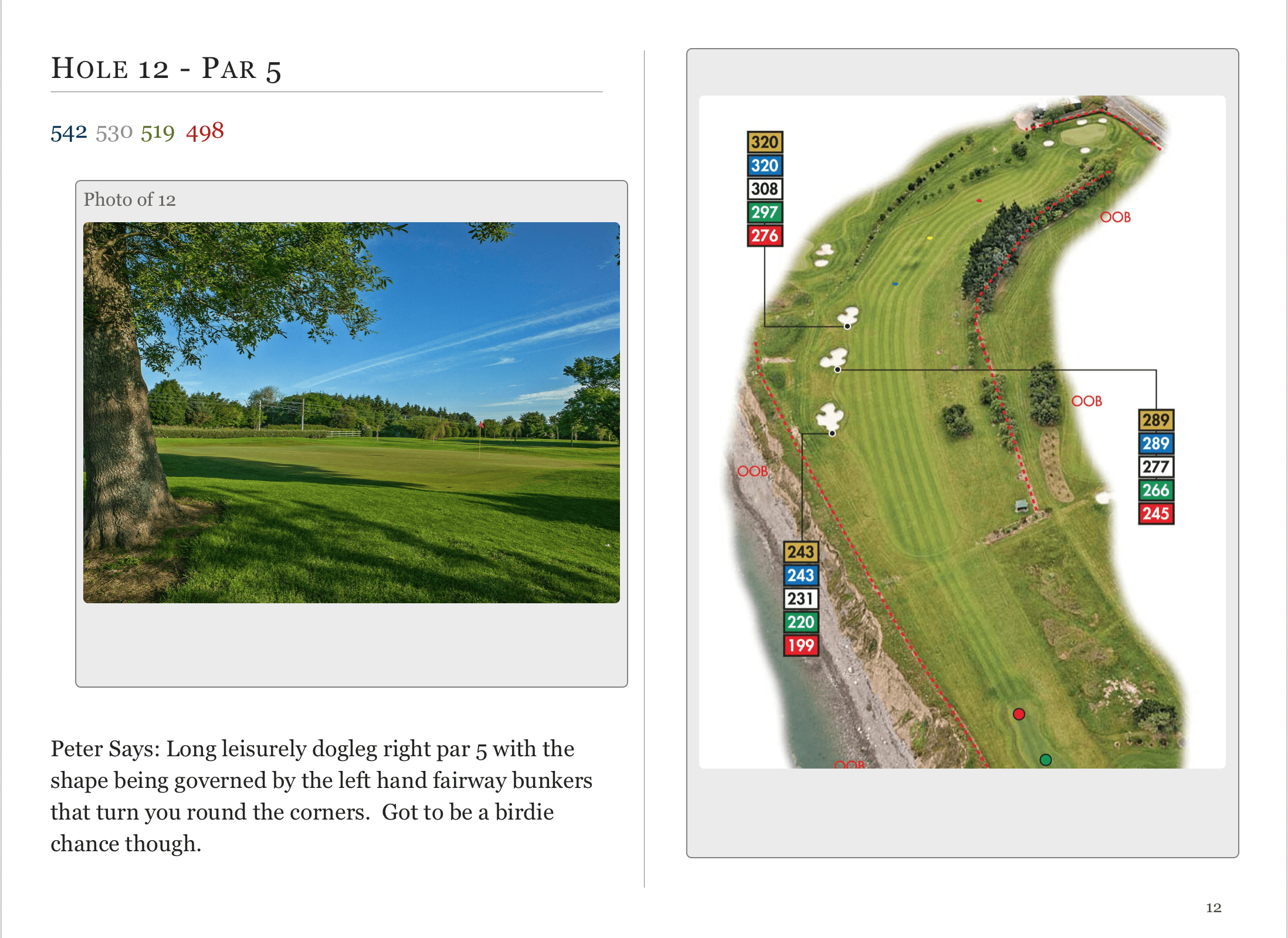 Long leisurely dogleg right par 5 with the shape being governed by the left hand fairway bunkers that turn you round the corners. Got to be a birdie chance though. 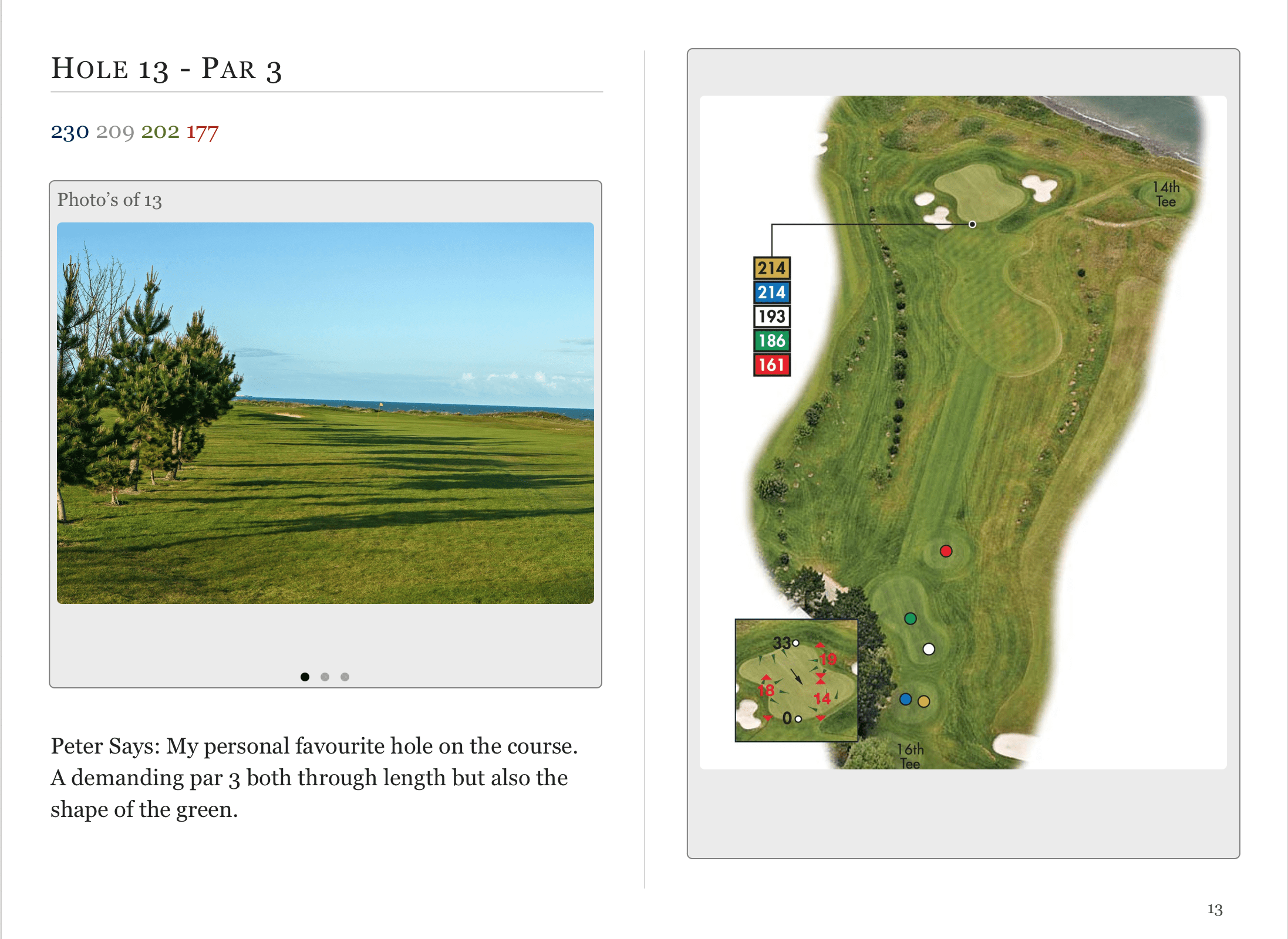 My personal favourite hole on the course. A demanding par 3 both through length bit also the shape of the green. 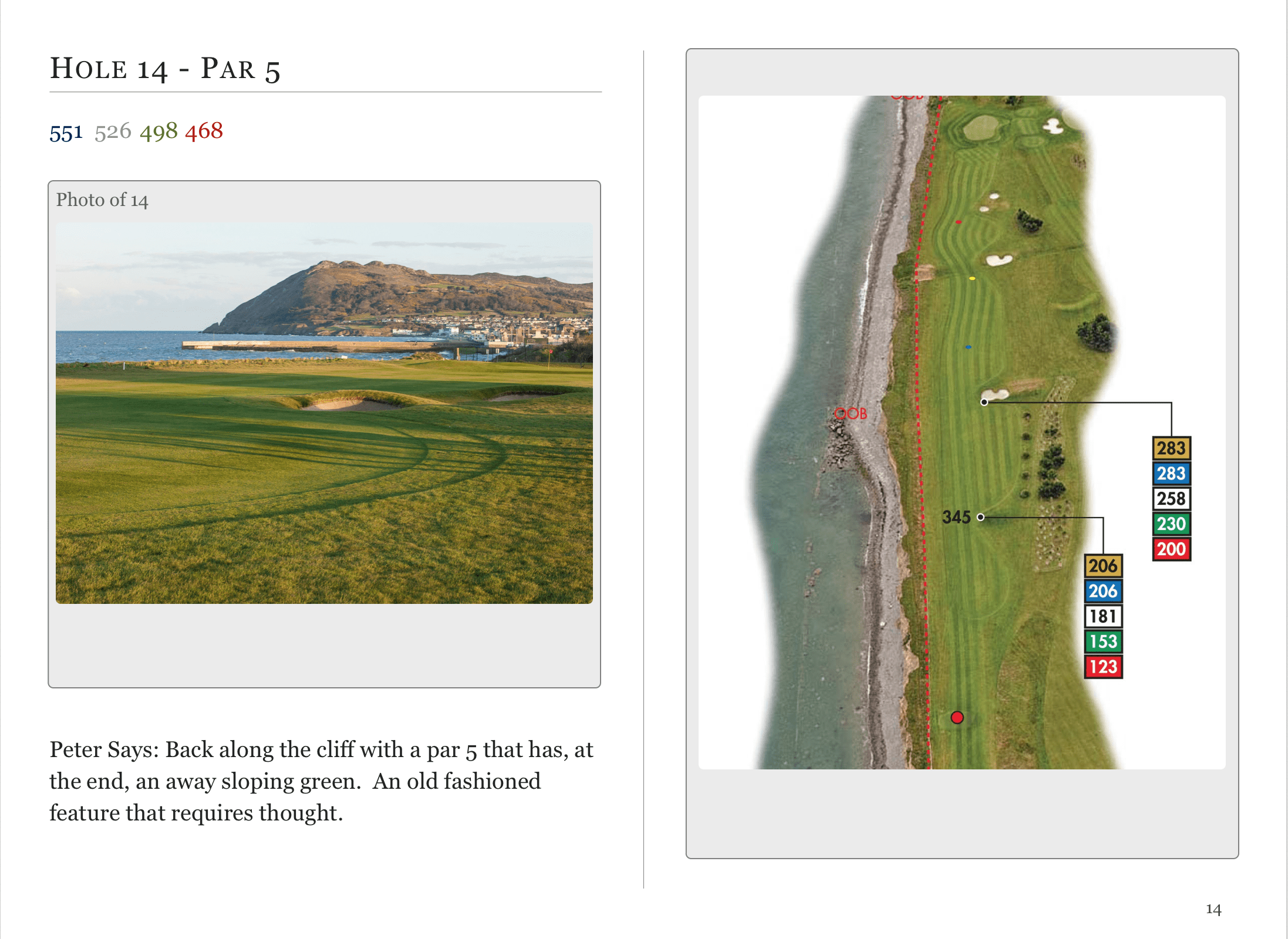 Back along the cliff with a par 5 that has, at the end, an away sloping green. An old fashioned feature that requires thought. 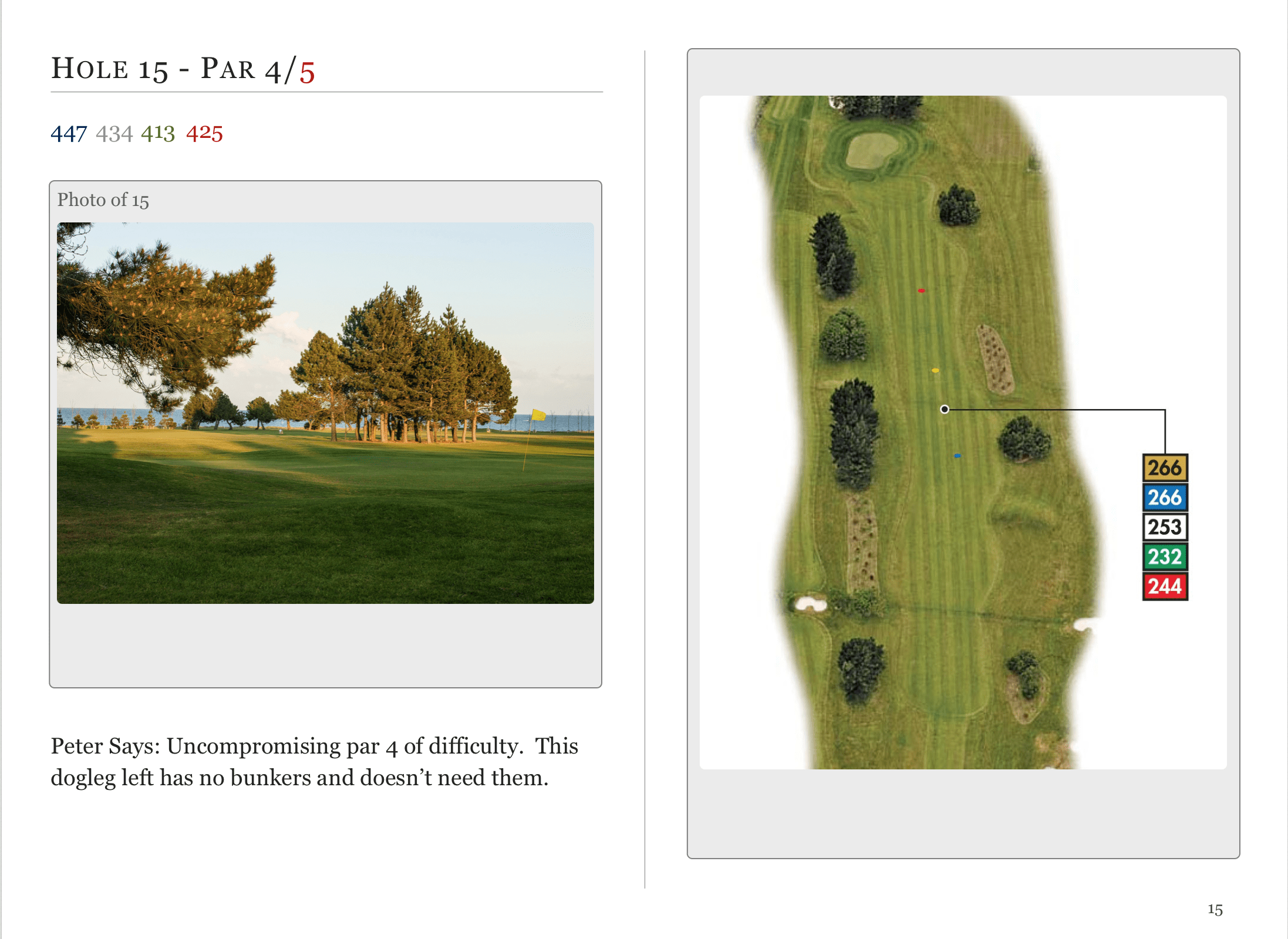 Uncompromising par 4 of difficulty. This dogleg left has no bunkers and doesn’t need them. 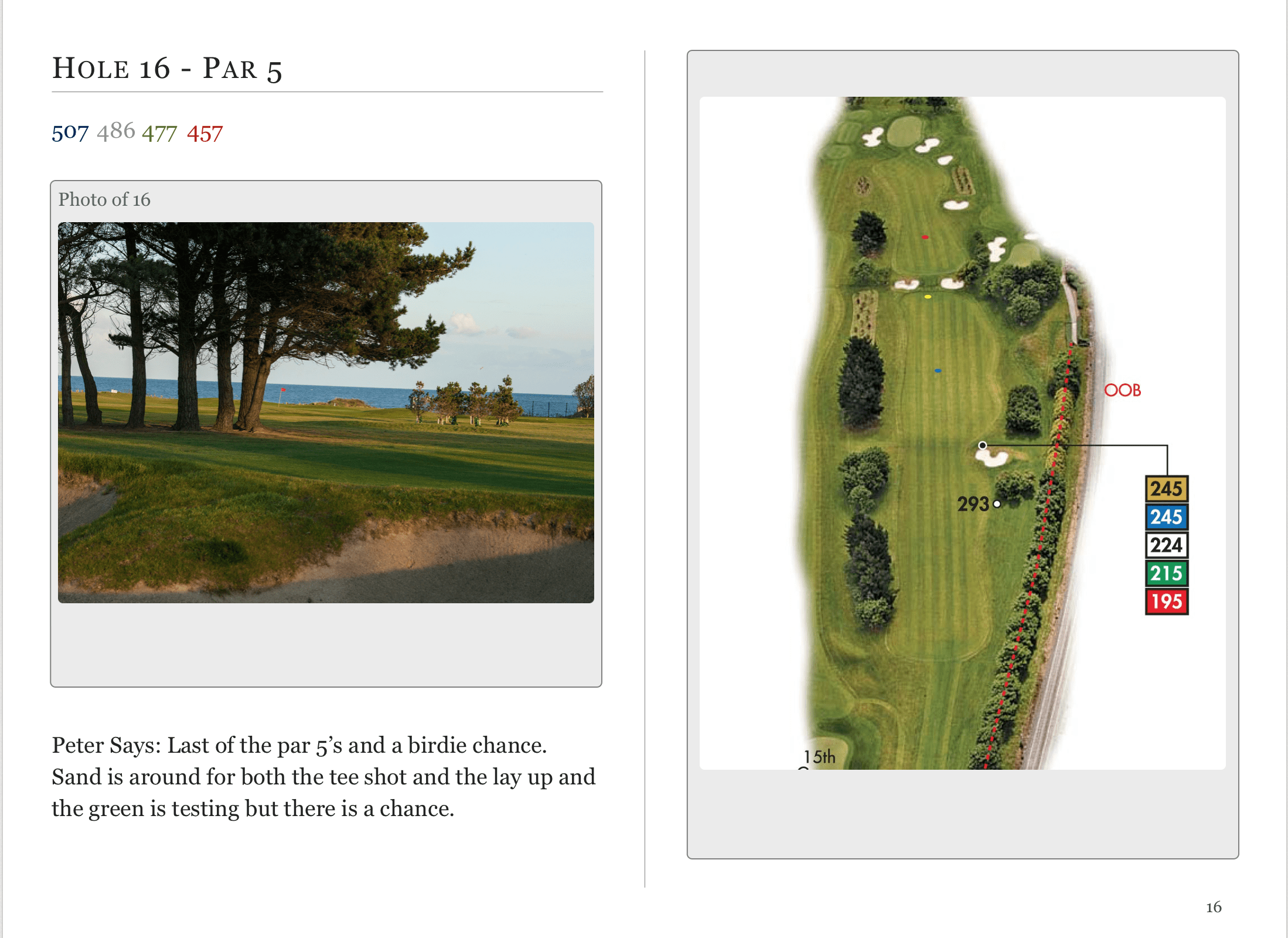 Last of the par 5’s and a birdie chance. Sand is around for both the tee shot and the lay up and the green is testing but there is a chance. 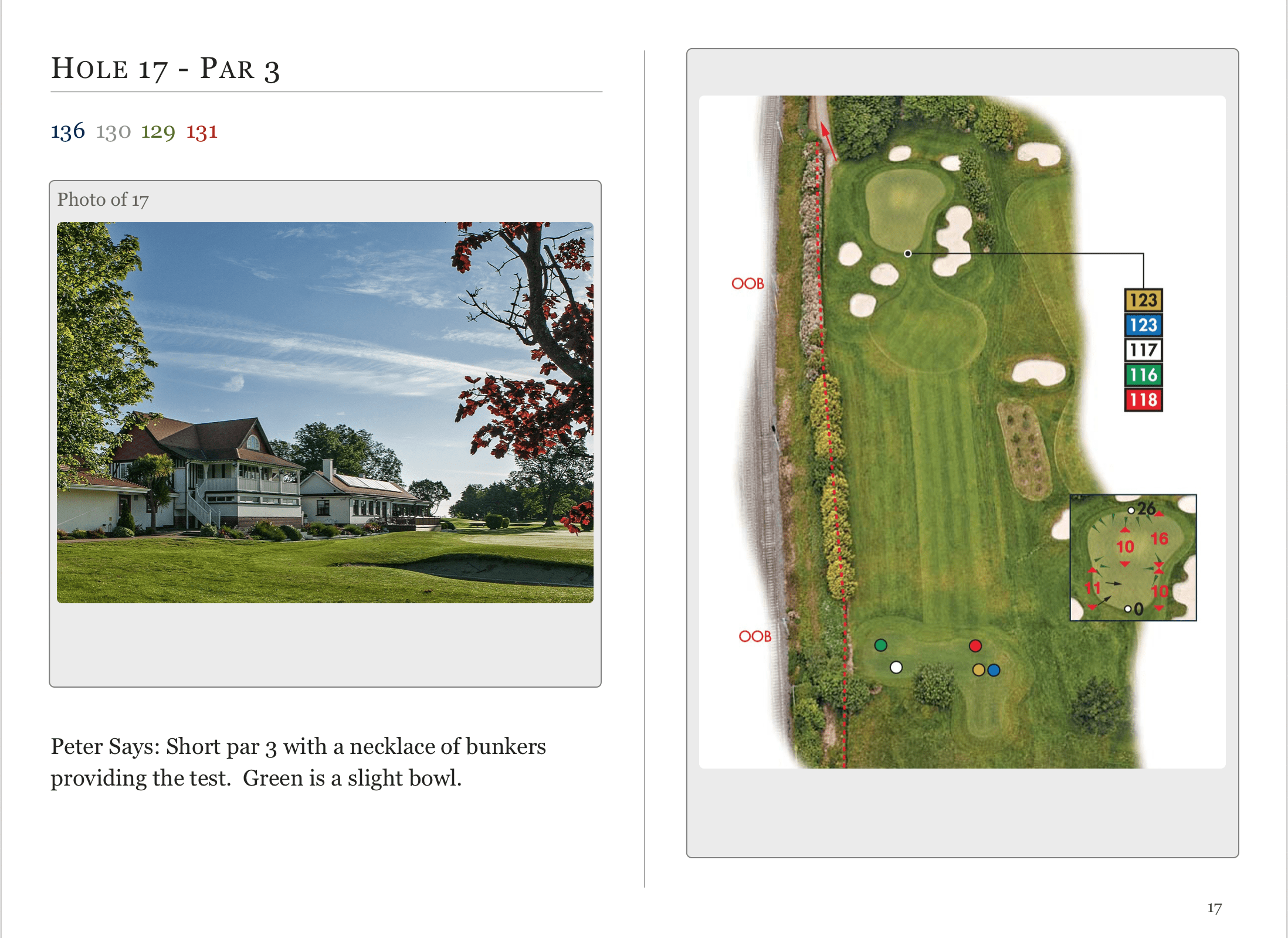 Short par 3 with necklace of bunkers providing the test. Green is a slight bowl. 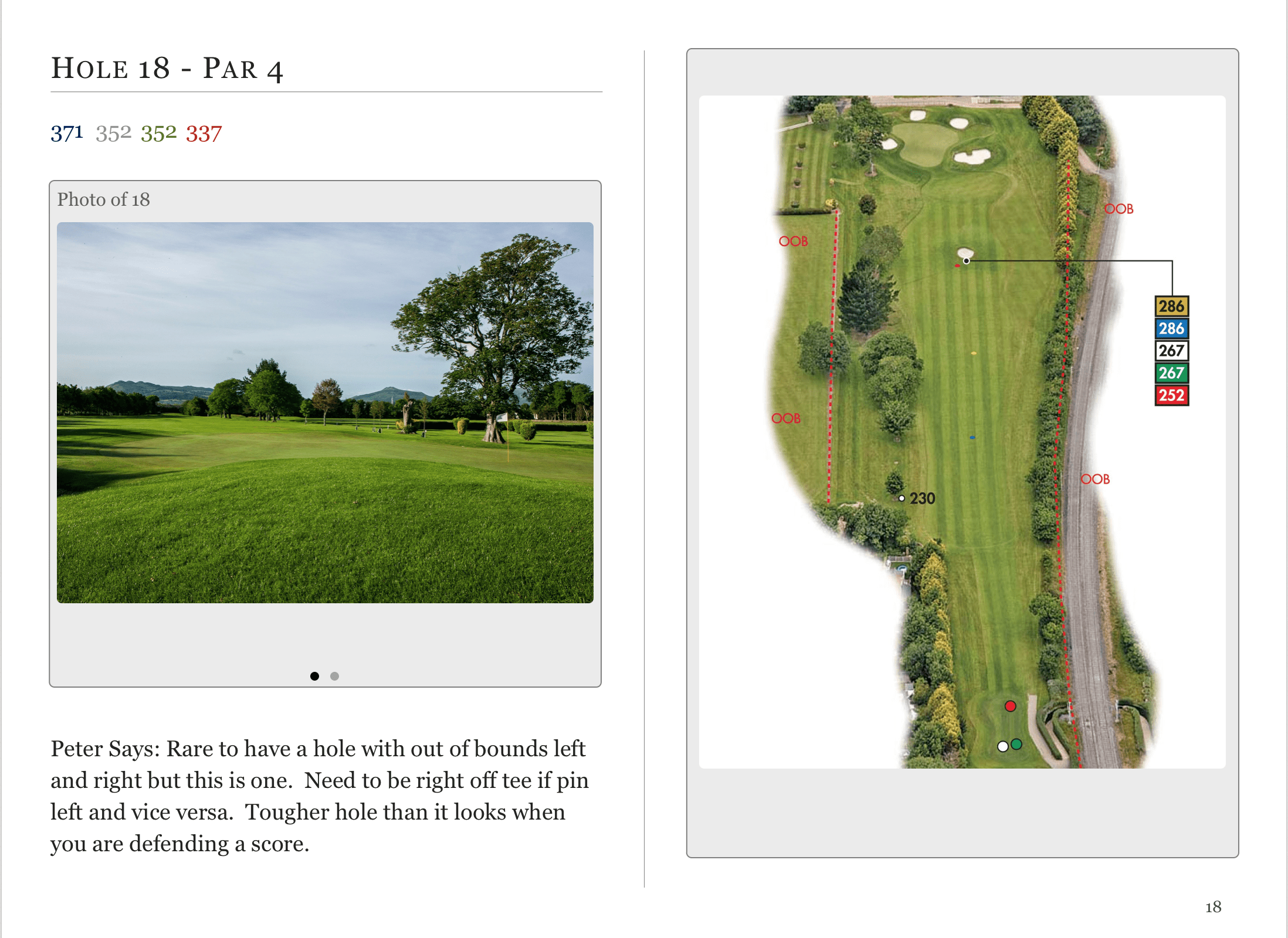 Rare to have a hole with out of bounds left and right but this is one. Need to be right off tee if pin left and vice versa. Tougher hole than it looks when you are defending a score Woodbrook has it’s own course guide available for free on the iStore in iBook format.

The book by Jamie Gibson gives an overview of the course hole by hole and offers tips from professionals including former Walker Cup Captain, Peter McEvoy. It’s a useful tool for golfers of all skill levels taking on the Woodbrook course.